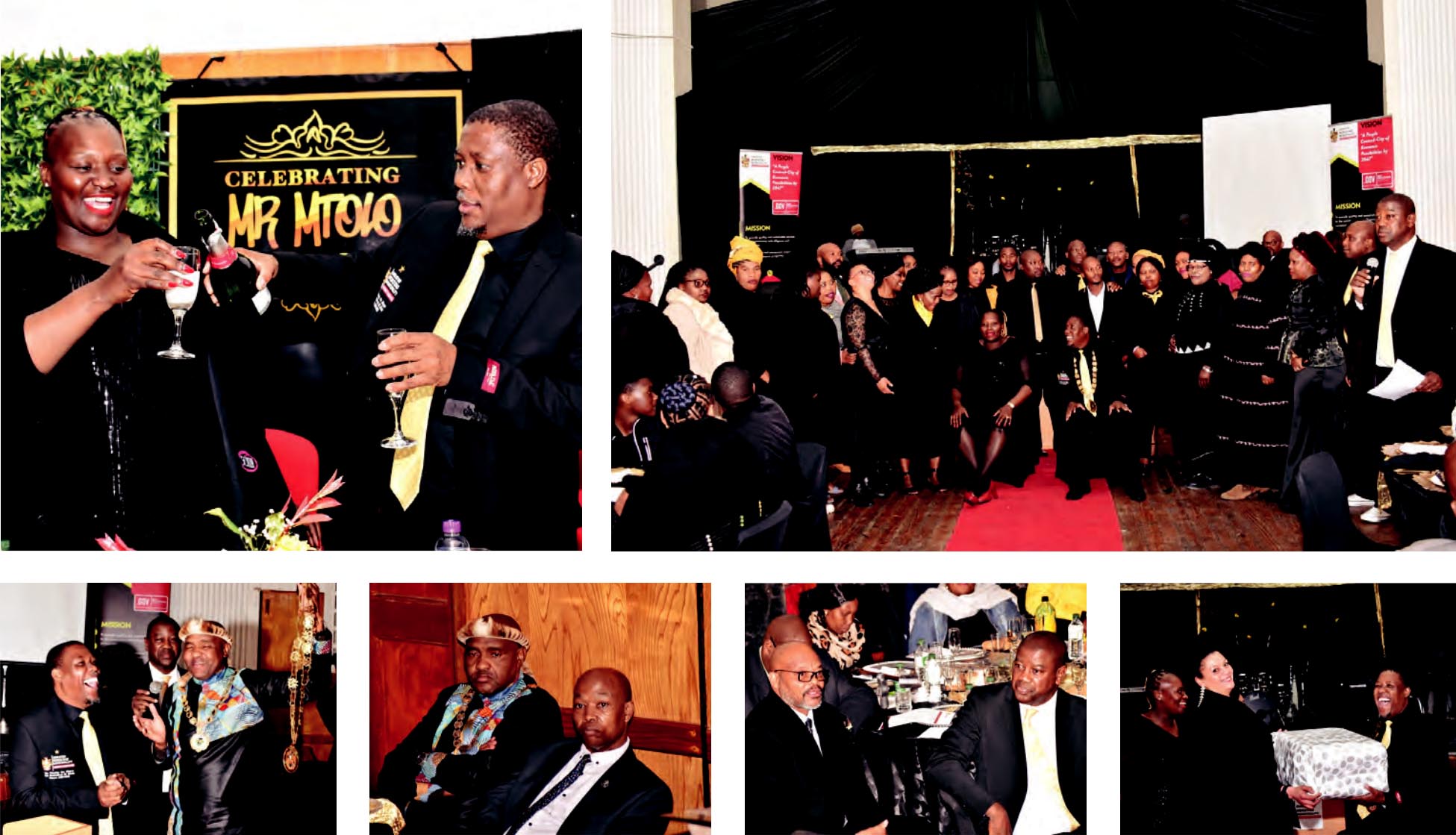 THE former Kokstad Mayor, Bheki Mtolo was showered with praises from the audience that was part of yet another farewell for the enterprising former political head of the Greater Kokstad Municipality when different community organisations and stakeholders delivered their remarks in wishing him all the best in his new political responsibilities of being the Provincial Secretary of the African National Congress (ANC) in KwaZulu-Natal.

This was a second farewell organised by the Greater Kokstad Municipality after the ANC party branches within the Kokstad Sub-Region also threw a send-off for the former Mayor Mtolo which was also attended by the Provincial leadership from the Department of Cooperative Governance and Traditional Affairs (CoGTA). The latest official send-off was organised by the officials from the Greater Kokstad Municipality.

However, he gave friendly advice to his successor, stating that the elected person to fill his shoes should not try to adopt his leadership style or character because he would fail the minute he gets into the office. In his appeal he further turned to communities not to expect anyone with Mtolo’s calibre but rather work with the person deployed by the ruling party to ensure unity and stability in the Municipality.

The dignitaries included the former Provincial Chairperson of the House of Traditional Leaders in the KwaZulu Natal Province, iNkosi Phathisizwe Chiliza, the current Regional Chairperson for the ANC, Mayors, former Mayors and local stakeholders were also in attendance.

When delivering his keynote address, Mtolo appealed to local communities after a number of praises were showered on him as a great leader that managed to pull through in the hard task of saving the Greater Kokstad Municipality that was formerly regarded as a ‘sinking ship’, which now is ranked in the number one position for three consecutive terms as the best performing Municipality in KwaZulu-Natal and is counted in the top ten countrywide under his leadership.

He said there should be no other Bhekinkosi Michael Mtolo in the Greater Kokstad Municipality as his term has come to an end and no one should expect the Mayor who will replace him to adopt his leadership style but the community should rather work with him for a better Kokstad.

He said the incoming Mayor should be given a chance to lead with his own pace and style because all people are born with different characters. He promised to support the current Mayor but stressed that he is not going to babysit him as he has other commitments and responsibilities. He urged community structures, organisations and stakeholders to continue working with the Mayor.

“No one would ever notice that Kokstad was a multi-party council through solid unity and the approach we have built to ensure that as long as we work together for the benefit of our communities, we should not let anyone come between us” said Mtolo.

He said he would be very glad if the new Mayor would strive to attract businesses to create more jobs for Kokstad and continue with the legacy of ensuring that the town becomes a City in the forthcoming years.

A leader who sacrificed his own life even during the July unrest when he publicly said, “those who would want to destroy Kokstad and its businesses should start with him first”. The sentiments mentioned above were few of the many that were showered to him during the send-off.

The Harry Gwala District Mayor, Zamo Nxumalo said despite being known as a Taliban but the presence of the former Mayors at the event was a true testament that he is a down to earth leader, who never looked down on the former leaders. A person who never forgot his family, added Nxumalo. “Despite being friends for years, he was always against wrong things even during his upbringing in the ANC,” said Nxumalo. He praised Mtolo as an innovative and the best ever cadre produced by the ANC. He said the thought of the vision he has been preaching of turning Kokstad into a City was a dream but is gradually becoming a reality.

The Harry Gwala District’s Municipal Manager, Mr Gamakhulu Sineke said the praises showered on Mtolo were evident that he is capable of climbing the ladder to the highest office. “We have no choice but to release you Dlangamandla (Mtolo’s clan name) to work for the people of the Province and the entire country,” said Mr Sineke. He further conveyed words of gratitude to Mtolo’s family for understanding the kind of work he is doing that has taken him away from his family.

The Greater Kokstad Municipal Manager, Mr Sipho Zwane said Mtolo’s achievements during his tenure as the Mayor are the results of good leadership. “It is a reason why we shall not stop calling you to ask for advice to maintain the legacy you have built,” said Mr Zwane. He said their working relationship was more than that of colleagues but was brotherly. Mtolo’s Mayoral gown and chain was symbolically disrobed by the District Mayor, Nxumalo and exchanged with a branded blazer, trophy and a number of gifts as tokens of appreciation for working hard for the people of Greater Kokstad Municipality.